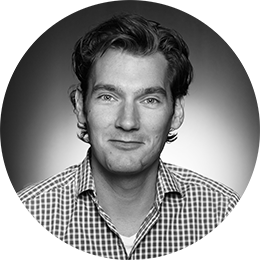 Head of Marketing and Business Development

This year Money 20/20 Europe was especially significant for different reasons. As always it offered a quality line-up of brands and thought leaders, but moreover, it was the first large-scale post-pandemic Fintech event. Expectations were high after last year’s edition was canceled, so here are my 6 takeaways of Money20/20 Europe 2021.


Now that we can finally meet in the flesh, it was a great pleasure to have conversations that were simply not under the COVID-19 restrictions. This fact was confirmed on day one as the  Money 20/20 organization quickly extended the meeting areas. The demand for private meetings exceeded expectations as the number of planned meetings through the event app almost tripled compared to previous editions. Still, one significant group was underrepresented: Financial services providers were pretty hard to find on the floor. Whether this is because many banks remain tied to no-physical meeting policies wasn’t clear, but this year’s Money20/20 was mostly a get-together for technology companies.

One of the most insightful breakouts of Money20/20 was around partnerships of the platform giants. With nearly every seat taken in the largest breakout hall of this event, it seems that fintech is keen to learn from the greatest. The panel included Konstantin Surkov from Netflix, Yael Barak from Checkout.com, and Mark Shaw from Spotify, who show that partnerships and embedded finance are the way to grow.

It was quickly mentioned that open technology is an enabler for their businesses, but soon the discussion turned to the relentless focus on bringing value to clients. Yael Barak highlighted the fact Checkout.com spends lots of effort assuring that their technology can be utilized. She stated that ‘the actual payment almost becomes an afterthought’ which could be a key learning for the financial industry as their products are still largely distributed through traditional channels. It’s clear that the success of Checkout.com is not necessarily purely about the provided payment services themselves, it’s also about the way they are embedded in the daily lives of their users.

Many core banking vendors were present at Money20/20, and it becomes clear that the long-awaited transition from legacy core technology becomes real. Following recent announcements, we can see that more established banks are now taking the leap to core transformation by adopting technology that was recently considered unthinkable for core banking: Cloud-native and SaaS-delivered from the cloud. In a panel discussion around modularity and adaptability, Rafael Otero (Deutsche Bank) pointed out that the core banking transition is still ‘a risky business’. This was answered by Thought Machine’s CEO Paul Taylor that many core transitions are executed smoothly, but new approaches are required ‘as no core banking system is built with the target system in mind’. Here it becomes clear that hyper configurability and cloud nativeness are the talk of the town for core banking transition.

From the multiple interesting meetings that the crew of five°degrees took during Money20/20, there was one common subject throughout the conversations: A remarkable shortage of developers to live up to the digital transition in banking. Banks are dealing with regulatory changes and infrastructure transformation while trying to launch new propositions. And at the same time, many neo initiatives and tech players are realizing their well-funded strategies. To cater for this technology explosion it seems that the war for talent is the main restriction to keep pace. And while all topics are covered in the breakout sessions ranging from regulation to equality, infrastructure to responsible banking and much, much more, it seems that a bottleneck arises when all these technology-driven activities need to be delivered by a limited amount of hands.

The good old ‘data is the new gold’ wasn't a remark mentioned at Money20/20, however, it was certainly implied. A nice soundbite we picked up on data management came from Jack Cooper-McEwan, Data Science Head at J.P. Morgan. Mentioning that it all starts with one question: What is the real problem there to solve? This leads to the question of whether there could be a good source to tap into valuable data. The takeaway is clear: The necessity of gathering any relevant data point yourself as a bank. This can create more insight as valuable data is not easy to source elsewhere. They also explained how gathered data help J.P Morgan to create individualization to establish the differences in clients, their needs and expectations. And eventually, they can also respond with customized recommendations or feedback that the customers need on their financial questions and financial actions. An interesting practice, that certainly isn’t mastered by many banks.

If one thing became clear during the COVID crisis is that banks started to seriously pay attention to cryptocurrencies. At Money20/20 many panel discussions covered crypto-related topics, with participants from banks and regulators who debate how digital and traditional currencies go hand-in-hand. At the same time more CBDC (Central Bank Digital Currency) initiatives are launched by central banks. Among the many crypto-related companies Copper.co and Fireblocks were attending Money20/20 prominently, and it seems they have found a way to embrace the financial sector. Fireblocks was founded in 2019 to enable banks to provide crypto issuing, moving, storing, and custody services through their platform. Now only four years later Fireblocks got funded their Series D, with over 300 million dollars and close to 600 customers. It’s safe to say crypto for traditional banking is becoming very real, so blink one more time and it could be considered daily banking services for the masses.

Of course, there was much more to cover, but I can only say that Money 20/20 Europe delivered a great week with great Fintech vibes. Although up until recently the last moment, it felt questionable whether this event could take place, I have to give credit to the organizers for realizing the 2021 edition. It was a well-coordinated and exciting event that took the necessary measures to deal with the COVID situation to keep us all safe.

Hopefully, we can see each other in June 2022 again!