The Evolution of Alternative Lending

Learn what we can expect from the alternative lending market.

The evolution of alternative lending - From the global crisis to COVID-19 and new regulations.

Non-bank lending, also referred to as alternative lending, is not a new trend. This concept has existed for many decades but has become more diverse and prominent since 2005 due to digitalization.

Alternative lending has evolved significantly in recent years, becomingan important source of financing for small businesses worldwide. However, the long-term success of this alternative concept will largely depend on governmental regulations.

The Non-bank lending market today has entered a different phase. The market is heading toward a regulated environment where alt-lenders have credibility and a strong market position. The new regulations are forcing European alternative lending platforms to apply for a license, making 2022 an expensive year for the current platforms. Eventually, this will help shake out the market.

Although there has been significant growth in FinTech lender's activity over recent years, the sector in the EU remains limited compared to credit provided by banks. We expect alternative lending to be as big as traditional lending within the next five years. Unless traditional banking institutions update their lending practices, Fintech lending players could overtake legacy lending processes.

Providing innovative fintech services within the non-bank lending market will benefit consumers and increase market competition. Further growth of non-bank lenders will require policymakers to adopt a proportionate approach towards regulations and supervision of the sector. Non-bank lending remains largely unharmonized across the EU, which may create challenges for all stakeholders, including regulators. However, eventually, this will help shake out the market. We expect regulations to boost the future growth of this industry.

Download The Evolution of Alternative Lending PDF to learn more about it. 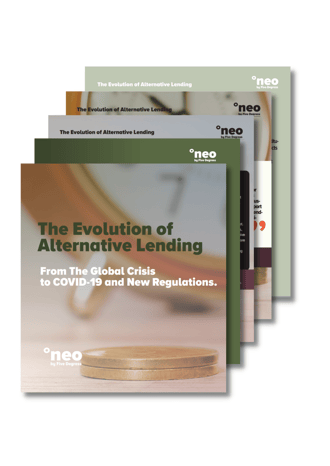