five°degrees in Frankfurt: Our take away of Euro Finance 2021

The trend towards smart contracts and a token economy is being seen as a chance, but also as a risk for banks. 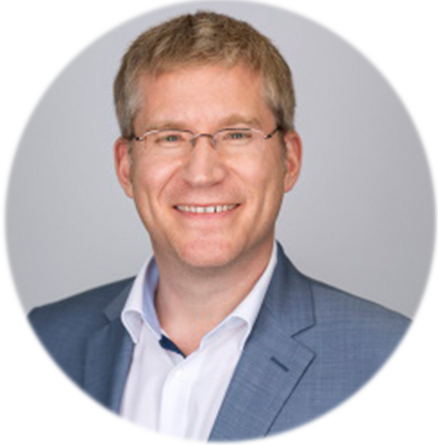 This year’s hybrid event was a great opportunity to catch up with the financial industry in Germany. Although all talks were streamed,  I took the opportunity to join on the Tech Day live at the Kap Congress Center in Frankfurt.

A first highlight was the opening panel on the bank's future around cost/income ratio and ever-continuing consolidation. The panel agreed that the IT has finally moved "out of the basement", now sitting next to the specialist departments, and is increasingly organized in agile teams. Many organizations adopt innovative models like the now known "Spotify Organisation", however Christiane Fritsch from ING noted that the three strategic main columns on banking remain. Customer Centricity, the simplicity of banking, and Internal efficiency, which have been put under great pressure as customer demands are still changing rapidly following trends like marketplace banking and increased competition of fintech. But also, the technology of the first fintech wave is becoming slowly obsolete and increased regulatory pressure and supervision are pushing banks to invest deeper in KYC and responsible banking.

The trend towards smart contracts and a token economy is being seen as a chance, but also as a risk for banks: Tokenisation can also mean "disintermediarisation", where the intermediary such as the bank is less of requirements, as market participants can interact with each other directly. While digitization still allows the intermediary, digitalization can be disruptive and eliminate the man in the middle.

Crypto is increasingly a topic on events like Euro Finance Week and was covered in various fashions. As such different start-ups and different keynotes took the stage, with a significant representation from the Suisse Crypto Valley. They pitched their crypto-based solutions to the audience with interesting use cases. One that stood out was the fireside chat with Philipp Rösler.

Not only is he the former German Minister of health and an entrepreneur, but he is also a resident of the city Zug, which has is known as ‘Crypto Valley’ these days, also thanks to a favourable legislation in Switzerland that fosters early adoption. When asked at the end of his interview for a good use case of crypto, he mentioned the sharing of art possession.

In the following panel discussion on tokenization of Digital Assets, the participants noted that as a bottom-up phenomenon (coming from a community on the net and not from a single player), crypto is yet pending mass adoption. For sure it will be exciting to see how Blockchain and distributed ledger technology (DLT) will be able to differentiate itself against old school central ledgers and well-established (common) private and public-key encryption.

The closing panel of the day was about How New Technologies are changing the Game in the Banking Business. The panel started with an Insightful keynote by Moderator Max Sembach, followed by a fruitful panel discussion with Christoph Berentzen, Jan Höppner, Katharina Lueth, and Brian O'Connor. A functioning API framework to orchestrate partners in ecosystems is an essential element and remains one of the main game-changers in the business. As Christoph Berentzen pointed out, the business model of a fintech must fit – but overall cooperation must also be profitable and beneficial for both sides.

Many thanks to dfv Mediengruppe for organizing this event. It was a well-coordinated and exciting event that took the necessary measures to deal with the COVID situation to keep us all safe. Hopefully, we can see each other again in 2022!